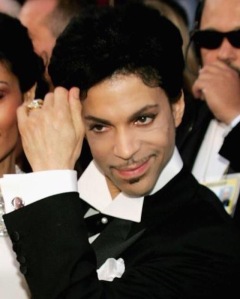 “I was dreamin’ when I wrote this, forgive me if it goes astray.”

Every generation has its events where you remember exactly where you were when you heard the news. I was about to meet with a colleague and glanced at my email. As I scrolled down the subject lines my eyes fell upon the words, “Is it true?” The message said, “I heard that Prince was dead.” Brushing it off as an error triggered by his recent hospitalization for the flu, I went back to work. But it troubled me. And sure enough, my colleague received a text and said, “Oh wow…he IS gone!” And my heart went dark. My favorite artist was gone and I didn’t want to think about it. I reached out to 3 friends to express my shock, and then I refused to post or read anything about it on social media. I even logged off Facebook for two days to avoid seeing the many posts I knew would be there. I skimmed any mentions on Twitter and Instagram, and turned off any tributes on the radio. I didn’t want to listen to any news reports, engage in public grieving, or even speak of his death. I called myself grieving privately – but I was in denial.

Today as my family rode in the car, my husband turned the radio to a station playing Prince all weekend. I was close to asking him to change the channel, but I decided it was time to face the inevitable. As we listened, I had a vivid memory attached to every…single…song. And I decided it was time to do something I know I needed to do – write. There was no way I could publish a music blog, and NOT write about my favorite artist.

Prince Rogers Nelson, Prince, The Artist, His Purple Badness, Christopher Tracy, The Purple One, Jamie Starr, Skipper (childhood nickname),The Artist Formerly Known as Prince (the unpronounceable symbol), and Alexander Nevermind – some of the many names he carried over the years. Musician, Genius, Icon – some of the adjectives that have described him; adjectives that are often overused and poorly assigned. But in the case of Prince, he surpassed them all. There will never be another Artist, however his music will live in perpetuity – not just his own music, but that of those he mentored directly and influenced indirectly. THAT is his legacy. I can only imagine the catalogue of unreleased material sitting in Paisley Park. But I won’t be greedy – I am grateful for the vast array of music that Prince Rogers Nelson blessed us with. He shared his talent with us – his friends (I read that he didn’t like calling his musical admirers fans because it was a derivative of fanatic).

I remember the day I heard Controversy for the first time. I was 12 years old and my father was driving me to school. “Do I believe in God? Do I believe in me? Let me tell ya, some people wanna die so they can be free.” “Hmmm…this is different,” I thought to myself. And I didn’t think about him again for a few years later when 1999 was released. And so it began…this dude was BADDDD!! I listened to all things Prince. And then came 1984 – and my musical world changed forever. I bought my first Prince album from my favorite “rekkid sto” on Austin Street in Forest Hills, NY. I still have it – with my fingerprints embedded on the edges of the cover. I spent the summer in Florida with my cousin and all we talked about was Prince and Purple Rain. Her parents wouldn’t let her see the movie, but we spent a weekend with her older sister and she took us to see it. We giggled and ogled and sang along until the closing credits. We were in love! I bought one of the When Doves Cry posters and the Purple Rain album cover poster. They graced my walls for many years, even through my freshman year in college.

Prince’s music became more mature and stayed with me over the years, just as I became older and more musically mature. One of the things I have always appreciated was his musical evolution. He went from shy, yet over-the-top teenager to advocate for artistic freedom (remember the “Slave” face?) to musical elder statesman, exchanging his pimp rag, tootsie pop and a cane for an updated Afro, loose suits and a new cane! His music grew as he did. He was truly an extension of his art. He became music royalty, fulfilling the royal title given at birth. His music reflected social causes without sounding preachy, explored religion and spirituality without being fanatical. His music transcended the flashy, often controversial wardrobe, alleged misogyny and blurred sexual orientation his early persona exhibited. I remember the Ebony magazine cover pitting him against Michael Jackson – such a media-induced ‘rivalry.’ When in fact, they were both indescribably talented, just perhaps in different ways. Michael was the singer, entertainer and humanitarian. Prince (at the time) was the flashy, somewhat freaky, singer, songwriter, producer, musician, etc. OK let’s be honest, I picked Prince every time!

And how strange that both of them are now gone. 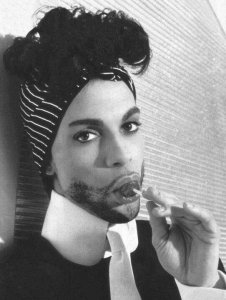 Prince was freaky – for many years that is exactly how I described both him and his music. I still have a VHS tape of Gett Off, a series of long-play videos that included remixes of music from his Diamonds and Pearls release. (side note: Diamonds and Pearls was the first CD I ever purchased – I was a bit late on the technology. LOL) It also included what was to become one of my secret favorite Prince tunes, Violet the Organ Grinder. Prince fans know that you will never find Prince videos online, and if they are posted, they wouldn’t be posted for long. But here’s a link to Violet on Vimeo, and it’s been there for a long time! Gett Off was the beginning of his “pimp rag, tootsie pop and a cane” phase and it was intriguing to me. The videos showed him hanging out with his new crew, New Power Generation, and I started to see him in a ‘normal’ light, well relatively normal. I am sorry that he was not able to publish his recently announced memoirs, but I believe his music tells us all we need to know about Prince.

An introverted enigma, he was watched with Willy Wonka-like fascination from outside the purple walls of Paisley Park. But in recent decades, he became more transparent – we saw his wicked sense of humor, we heard him speak at length of his music and his thoughts on the industry. He opened his home and studio for impromptu concerts. He became a husband and father. We grieved with him when his son died and his first marriage ended. Prince became like the rest of us, well except for the musical genius thing…

My grief also stems from never having seen Prince live in concert. He was on my short list of musicians I’d love to have a conversation with. As I write this post, I have been listening to my entire Prince catalog for inspiration. I can move away from my shroud of grief and begin to celebrate the man and his music. What a rich and wonderful legacy he left behind. #Princegonetoosoon has become the hashtag of the moment. As a friend reminded me, death and taxes are inevitable. Gone too soon? Perhaps. But what he accomplished in his 57 years is beyond fathomable. Thank you, Prince Rogers Nelson, for having come our way and left so much music with us. Rest in peace.

Postscript: If you are a true Prince fan, please check out this fantastic instrumental mix from fellow podcaster and musician Mr. Fresh –  The Sunday Soundtrack (Special Edition) – Princestrumentals

One thought on “Pimp Rag, Tootsie Pop and a Cane: Farewell to The Artist”