This year, I have enjoyed my personal journey into independent music. This and That With Calandra has vowed to support and share with our readers independent music and its artists. So I felt it only fitting to encourage you to support independent music – give yourself (and others) the gift of independent music. If you are a true audiophile, you can’t possibly be satisfied with what’s currently being offered to us in the form of commercial music. And if you are like me, you often tire of just listening to ‘classic’ forms of music (classic jazz, classic R & B, old school hip-hop, etc.), and you can’t afford to ignore indie music. And by the way, if you aren’t sure what indie music really is, please check out my post Supporting Independent Music.

So here it is, my 2012 Holiday Gift Guide to Independent Music.

Jua Howard (http://juasmusic.com) – I had the pleasure of interviewing this amazing vocalist in August 2012 (hear the interview). He has an amazing voice that covers multiple genres – from R & B, to modern jazz, to American Standards. He is currently working on his sophomore album and we will have him back on This and That With Calandra upon its release.

Ahmed Sirour (http://ahmedisthemusic.bandcamp.com) – Ahmed Sirour was featured in TTWC’s first Independent Artist Spotlight back in the summer (read it here). This talented artist has worked with many accomplished artists, and remixed popular songs by Robert Glasper, Stevie Wonder, and Michael Jackson. His latest release is The After 2AM Sessions LP, and it is FIYAH! 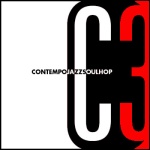 Cross Country Collective (C3) – C3 is Trel Robinson (Keyboards), Todd Kelley (Drum Programming) and Doug Ramsay (a.k.a. Mr. Fresh of the Sunday Soundtrack Podcast, Lead Guitar). This is a unique group of three musicians who live on three different coasts (Bay Area, Houston and Washington D.C.). Contempojazzsoulhop is a 5-selection EP that you need to add to your digital library. Find it at http://crosscountrycollective.bandcamp.com/album/contempojazzsoulhop.

Soma FM (http://somafm.com) – Soma FM is a San Francisco-based internet radio station, offering “over 20 unique channels of listener-supported, commercial-free, underground/alternative radio. My favorite channel, Groove Salad, offers “a nicely chilled plate of ambient/downtempo beats and grooves.” There is also an iPhone app, so you can listen to Soma on-the-go. This is definitely my go-to station when I need to chill.

The Sunday Soundtrack Podcast on Vibesnscribes.com – Y’all know this is my absolute favorite podcast, right?. Wrote a little post about it…like to read it? Here it goes…Music Notes: Mr. Fresh and The Sunday Soundtrack Podcast. The site has over 2 years of archived podcasts, featuring independent artists specializing in downtempo, ambient, chill music. More required listening when I need to relax.

Greg Banks (http://gregbanksmusic.com) – I had the pleasure of meeting this new artist at an event I co-hosted in January 2012. Beside being a talented singer/songwriter, he is also a model, actor and down-to-earth Southern gentleman. Look for an upcoming TTWC Independent Artist Spotlight on this New Orleans native. His self-titled debut is available on iTunes, and there are other singles on his site as well. 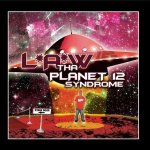 L*A*W* (http://planet12law.com) – Brooklyn native, Lawrence “L*A*W*” Worrell, is a multi-talented, multi-instrumentalist rapper/singer/songwriter/producer, dancer, writer, husband, father…and the list goes on. He is the grandson of the late Sam “Bluzman” Taylor of the funk group BT Express. Another down-to-earth brother, L*A*W* released his album, Tha Planet 12 Syndrome, earlier this year. His music – a mixture of hip-hop, R&B, and funk – is a tribute to his musical family’s roots. This young man stays true to the classics with the eclectic blend of a true audiophile.

So there you have it…Oprah has her annual “Favorite Things,” I have This and That With Calandra’s Gift of Independent Music. Click, download, listen and enjoy!

3 thoughts on “Giving the Gift of Independent Music”