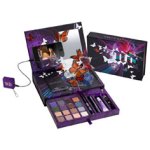 Early in the summer, I declared a moratorium on new makeup purchases. Not that I had been buying so much, but now that I was much more comfortable in makeup application and had amassed a fairly diverse palette of shadows and blushes, I decided to focus solely on using what I had. The last major makeup purchase I had made was the Urban Decay 15th Anniversary Eyeshadow Collection, which I bought myself for my birthday. In fact, it was after THAT purchase that I decided on no new makeup. What made the decision even easier was my winning Tamara’s contest (BeautyThesis.net) back in September, when I won a boatload of cosmetic goodies. There was so much good stuff in that package, I had to share it in a blog post, which you can read here.

So when I learned that Urban Decay’s Book of Shadows IV had come out, I declined. And I was okay with that. At $64, I really wasn’t trying to spend that kind of money on more UD. Though I love their shades, one of my pet peeves with UD (and some other brands as well) is that even though their new palettes may have “new” shades, I find them to sometimes simply be slight variations on an existing shade. HOW.EV.ER…what had happened was…I fell into the Black Friday trap and purchased Shadows IV ONLY because I got an email from UD stating that the first 1000 customers could order it for $44.00!! TWENTY DOLLARS off??? You can’t beat that with a stick, as my Momma used to say. There was NO WAY I was passing that deal up. So yeah…moratorium went out the window and I got my shipping confirmation last night! Book of Shadows IV will be in my mailbox next week (insert head nod!)

And then what had happened was…well…um…I was in Rite Aid the other day and they had a 40% off sale on Wet n Wild Color Icon palettes, which are dirt cheap ANYWAY. Who could pass up a $2.99 eyeshadow trio that was now only $1.79? I bought two – Spoiled Brat and Knock on Wood. 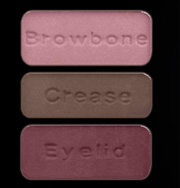 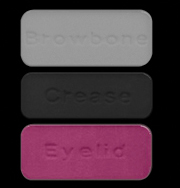 The Color Icon palettes are super fun and really pigmented, and I have not been collecting them as I should. So I had an obligation to buy them, righhht???

In all seriousness, I have not fallen off the No New Makeup wagon – I just couldn’t let these deals pass. My new goal is to get through the New Year without new makeup. The exception is if I get a Sephora or MAC gift card from some wonderful family member or friend! (wink). I do promise to do a tutorial for a Spoiled Brat look I’m trying out, and as soon as I get my Book of Shadows IV, I will post a video or blog review and show it off, er share it with you all!